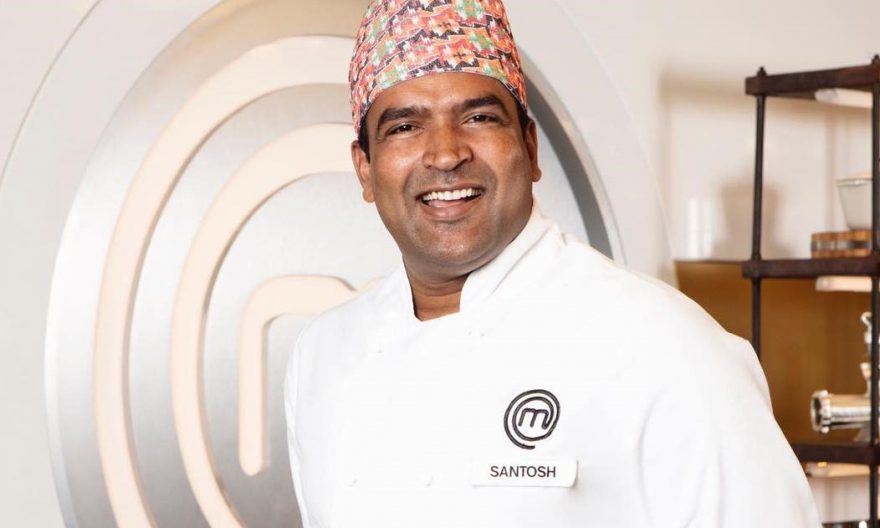 Santosh Shah is a Nepali chef based in London. Best known as the runner up in Masterchef UK, Santosh garnered the attention of people around the world for his culinary expertise, creativity, and representation of Nepali food touched with western fusion in the show.

Santosh Shah was born and raised in Siraha, Nepal. He was the youngest amongst his seven siblings but he was left alone in the house with her mother as his siblings moved away for work or got married. He lost his father at age 5 and with the worsening of his financial condition, he started to work at age of 9. Santosh had a hard life as he had to go to India in search of a job at the age of 14. He couldn’t complete his schooling as he failed in SLC and education was not a priority. He had to earn money to feed his mom.

He got a job as a dishwasher in a five-star hotel in India. He was highly influenced by the chef there and dreamt of becoming the chef one day. He later did his diploma in Hotel and Catering management in Baroda. His passion for cooking made him a chef and he worked as a chef for 10 years in India. He was an executive chef in five stars hotels and resorts in India.

A food festival organized by Santosh grabbed the attention of a Businessman based in London who offered him a job in his hotel in London. He then moved to the UK and started his career at Dishoom. After working for some years, he then moved on to become executive chef at a five star Lalit Hotel in London. He is now working as a head chef at the Cinnamon Collection and also as executive chef at Saffron Circle UK.

Santosh is known in his work for peculiar dishes and a knack for experimenting with dishes. His famous signature dish is Tandoori Octopus and he was the first chef to introduce octopus in Indian Kitchen. 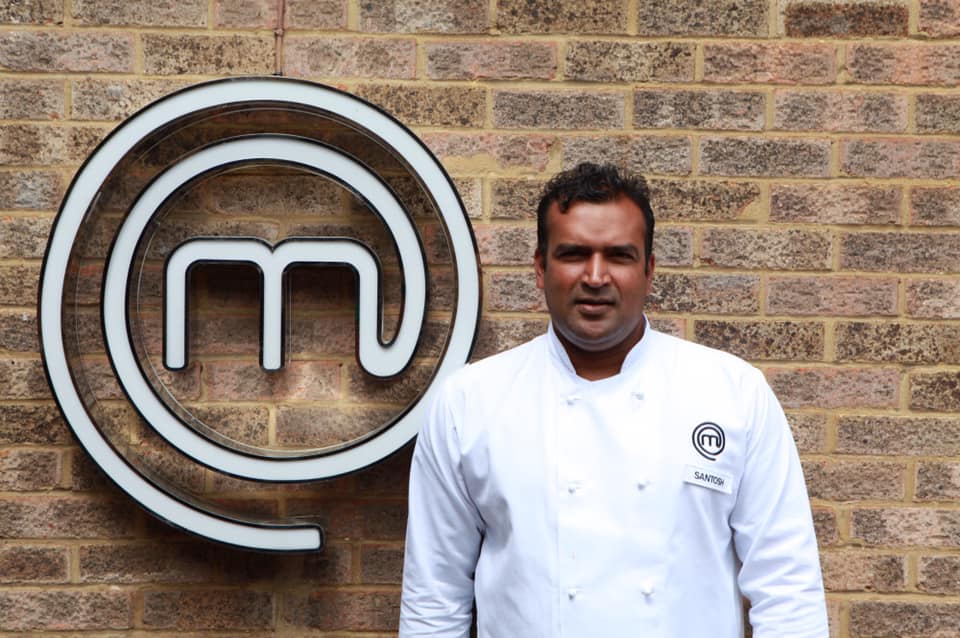 Santosh Shah joined the Master Chef UK with the hope to showcase Nepali cuisine in the world. He was a popular and talented contestant well acclaimed by the public and judges for his signature dishes. However, he landed being the first runner-up in the competition but despite not winning the show, he was able to win the hearts of many people around the world.

The first dish Santosh made in Master chef Uk was the Plaice with butter chicken sauce. He fried the fish to perfection in butter chicken sauce. He was able to mark his first impression as the judge was impressed with this dish. Proceeding the competition, Santosh made Octopus marinated in Nepali spices, Saffron marinated lobster, and Spicy char-grilled Himalayan yam with apple chutney.

What made Santosh Shah enter into the semi finale was the iconic Yamari dish. He took the local Newari dish into an international platform and fusion it in a way that really impressed the judges. The judges were skeptical of sweet dim sum Shah managed to put their minds at ease with his delicious Yomari topped with fresh orange and trickled with cinnamon. He also made chicken chilly and hot and sour chicken soup.

Proceeding to the finale, Santosh served fried Okra, ginger and fig, mango and coconut chutney, puri bread with fried chilies, paan leaf ice cream, and many other dishes in a lunch box in reminiscing of his mother who used to pack lunch box to him when he was working as a laborer in canals.

SOME FACTS ABOUT SANTOSH