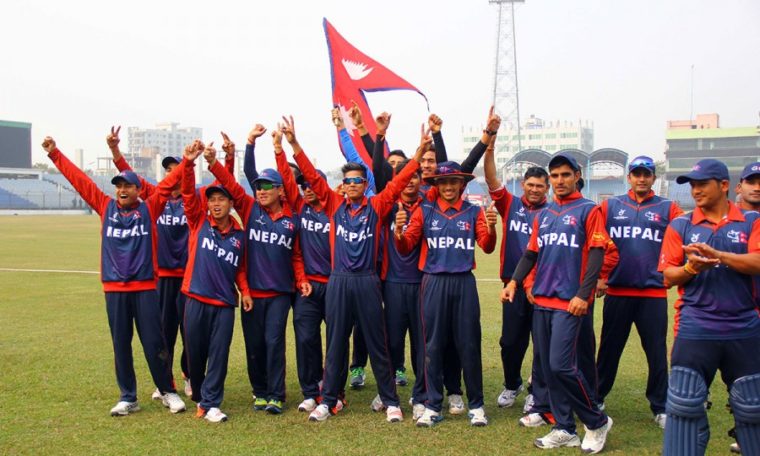 ICC World Cricket League Division 2 is scheduled to hold from 8th February to 15th February in Namibia. Along with Nepali national cricket team, five other countries are participating there. Oman, Canada, Kenya, UAE and Namibia are other five nations who will lock horns for the two spots in Division 1 and ICC Intercontinental Tournament. Division 2 will be played on Round-robin (RR) and Knockout formats.

For preparation of Division 2, Nepali team is expected to fly to Dubai on 27th January. It was said from Nepali officials that Nepali team will go to South Africa for preparations but got cancelled at last hour. Here ICC played the role since our cricket association is dead now.

On noting the positive side, if they finish top two they gets qualified for the ICC World Cup Qualifier. This should be a huge step ahead for Nepali cricket. World Cup 2019 Qualifiers are slated to be held on March 2 – 25 in Zimbabwe.

Preparations for the Division 2 does not look promising. But there are few good things to notice. Recently completed Everest Premier League (EPL) has given our players a good platform to play with International players from Hong Kong, Pakistan, Sri Lanka etc.

Though this was a T20 tournament, Nepali young players got enough exposure and remunerations as well. A famous automobile company, TVS has sponsored the lavish tournament. Biratnagar Warriors clinched the title with a nail biting 1 run win against Bhairahawa Gladiators. Hong Kong international Babar Hayat was the top run scorer with 318 total tournament runs whereas Basant Regmi and Isarullah each took 12 wickets.

In fact, Nepali cricket is surviving well due to these tournaments organized by cricket loving youths. Aamir Akhtar (Chairman of EPL) deserves a big salute for organizing EPL successfully for the second edition. ICC had already disbanded CAN henceforth CAN now cannot support Nepali cricket. Nullifying the CAN, ICC has itself took control of funds and facilities for Nepali cricket which sometimes is problematic.

ICC may not know our real problems and consequently we lacked to solve those problems. Our head coach Jagat Tamatta has recently said – “We do not have anything in our hand and need to wait for ICC’s instructions for training and foreign tour”. This clearly depicts our situation which is vulnerable to say the least.

Coach Tamatta said, to The Himalayan Times, team’s overall training was good and players are ready to take their responsibilities as they are well aware of the importance of the event. “Since the tournament will decide the future of Nepali cricket as well as players, all the team members are preparing well,” he said. “Currently we have focused on skills and trying to improve in batting,” added Tamatta.

Skipper Khadka said the team needed to handle the pressure well to win matches and go ahead. “We have come a long way from WCL Division-V and we have gone through various pressure situations in the past. We need to handle the pressure properly,” said Khadka. The skipper
said that the tournament would not be easy as all the participating teams were of similar level.

I want to wish all the best for our Nepali team! 🙂