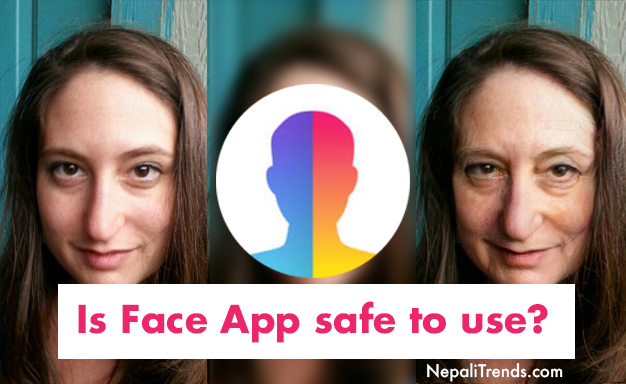 What is Face App?

FaceApp is a photo-editor application that uses neural network technology (AI) to automatically generate highly realistic photos out of the original photo. The app can transform a face to make it smile, look younger or older, or even change gender. This is developed by Russian based company and launched on iOS in January 2017 and on Android in February 2017.

RT 🔁 for Like ♥️ for
C. Ronaldo Messi pic.twitter.com/3lTUb1jE8o

You might have noticed that for the last few days that FaceApp filtered photos are being viral on all across social media. This fun app lets users download the photo looking younger, older, more masculine or even opposite gender.

Some of the world’s biggest celebrities have already given the challenge followed by the singers, entrepreneurs players, and comedians. The App already went viral in 2017, and again this is the hot trends in 2019 as well after app came up with more filter options. The company Wireless Lab who owns this app, have put lots of filters feature which now has been the sensation all over the world.

With the popularity of the app, the concerns about the user’s privacy had been raised that FaceApp uploads users’ photos to the cloud — without making it clear to them that processing is not going on locally on their device.

Their Privacy Policy is not remotely GDPR compliant. It says that your data can be transferred to any location where they have a facility … which means Russia.

Also, FaceApp users raised the issue that the iOS app appears to be overriding settings even though users have denied access to their camera roll.

Is it really safe?

Some privacy experts claim that the information the app gets could be used for marketing purposes. However, close research suggests FaceApp isn’t doing anything particularly unusual in either its code or its network traffic. So, it is like the same thing that you upload photos to other apps like Facebook or Instagram. It also points out that the vast majority of FaceApp users don’t login while using app making the point that it’s not able to link photos to identities in most cases.

One thing that everyone should always be careful about is, we should think about how data is being used before sharing it with an unknown app.

After the huge security concern, FaceApp officially published the statement stating that the app is not disclosing or misused by the company. Check out the official statement from FaceApp:

1. FaceApp performs most of the photo processing in the cloud. We only upload a photo selected by a user for editing. We never transfer any other images from the phone to the cloud.

2. We might store an uploaded photo in the cloud. The main reason for that is performance and traffic: we want to make sure that the user doesn’t upload the photo repeatedly for every edit operation. Most images are deleted from our servers within 48 hours from the upload date.

3. We accept requests from users for removing all their data from our servers. Our support team is currently overloaded, but these requests have our priority. For the fastest processing, we recommend sending the requests from the FaceApp mobile app using “Settings->Support->Report a bug” with the word “privacy” in the subject line. We are working on the better UI for that.

4. All FaceApp features are available without logging in, and you can log in only from the settings screen. As a result, 99% of users don’t log in; therefore, we don’t have access to any data that could identify a person.

5. We don’t sell or share any user data with any third parties.

6. Even though the core R&D team is located in Russia, the user data is not transferred to Russia.

Additionally, we’d like to comment on one of the most common concerns: all pictures from the gallery are uploaded to our servers after a user grants access to the photos (for example, https://twitter.com/joshuanozzi/status/1150961777548701696).  We don’t do that. We upload only a photo selected for editing. You can quickly check this with any of network sniffing tools available on the internet.

How To Make Wifi Faster? Simple Tips To Boost Your Speed.

Disable the Adblock extension in order to visit the site.
Refresh
19shares