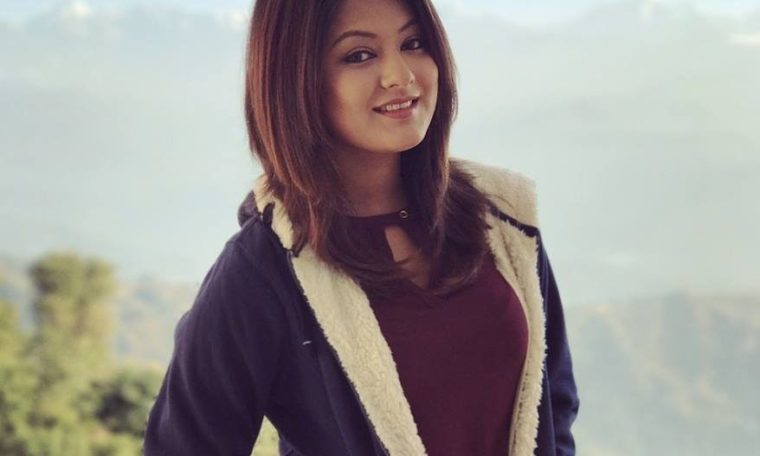 Barsha Raut is a Nepali actress and model. The beautiful actress of Nepali Film Industry Barsha is best known for her gorgeous smile, expression, and curvaceous figure. Currently, Barsha is one of the popular actresses in Kollywood movie industry.

Barsha Raut was born on December 13, 1993, in Sindhuli district of Nepal. She was born in the middle-class family. Barsha spent her childhood in birthplace Sindhuli and later moved to Kathmandu, the capital city of Nepal.

Barsha completed some of her schoolings from her birthplace and later she moved to Kathmandu with her family. So, she continued her remaining study in the capital city of Nepal.

Barsha Raut was interested in the glamorous world from her early childhood.  Barsha had shared some Dubmash videos on her Facebook and Instagram posts to show her dialogue delivery, acting and dancing skills before she could show her talent in films. That shows she was extremely interested in acting in different music videos and movies.

Raut started her journey to the glamorous world by playing some music videos. She has done lots of music video. Before coming to Nepali film industry she was popular as a model in the Nepali music industry. The music video helped to rose her fame and later movie producer believed her talent and invest in her talent.

Barsha debut from forth sequel of one of the big hit movie in Nepali film industry ‘Nai Nabhannu la’ opposite of Paul Shah. This sequel also became super hit in box office. After a successful debut, she came with another big blockbuster movie in Nepali history “chhakka Panja”. After the release of Chakka Panja, she became a hot cake for all media.

Barsha Raut recently engaged with actor and businessman Sanjog Koirala. They are dating for 5 years and they seem happy with each other. The official announcement was made about their marriage ceremony on the 14th of February (on the special Valentines Day).

Disable the Adblock extension in order to visit the site.
Refresh
2shares